Prior to joining Public Advocates in March 2014, David worked for four years at the national Lawyers’ Committee for Civil Rights Under Law in Washington, DC, as a staff attorney in the Fair Housing & Community Development Project. David spearheaded the Lawyers’ Committee’s Gulf Coast work, leading affordable and fair housing campaigns in New Orleans and supporting environmental justice advocacy in Mississippi.

From 2007 to 2009, David was a Housing Fellow at New York City’s Department of Housing Preservation and Development.

David co-authored a chapter of a book by the ABA Forum on Affordable Housing & Community Development entitled Building Community Resilience Post-Disaster and an article in the Shriver Center on Poverty Law’s April 2014 edition of the Clearinghouse Review on the intersection of education and housing.

David co-taught a Public Interest Practice Seminar at American University’s Washington College of Law and was an instructor for the Shriver Center’s Community Lawyering Training in New Orleans and Cleveland.

David received his law degree from UC Hastings and a Masters in City Planning, with a focus on housing and community development, from UC Berkeley in 2007, after completing his undergraduate work at UCLA in 2003.

He grew up in the South Bay (Campbell) and currently lives with his wife and daughter in Oakland. 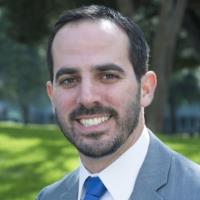