Full Name
Thomas Silverstein Silverstein
Job Title
Associate Counsel
Organization
Lawyers' Committee for Civil Rights Under Law
Speaker Bio
Thomas Silverstein is an Associate Counsel in the Fair Housing & Community Development Project. His work focuses on impact litigation under the Fair Housing Act and efforts to increase compliance with the duty to affirmatively further fair housing (AFFH) through policy advocacy, administrative enforcement, and technical assistance. The duty to AFFH is a requirement that the U.S. Department of Housing and Urban Development and recipients of federal housing and community development funds take affirmative steps to address residential racial segregation, among other issues. Although the duty has been in place since the passage of the Fair Housing Act in 1968, enforcement efforts have been few and far between.

Thomas rejoined the Lawyers' Committee after earning his J.D. at the University of Virginia School of Law in 2013. He interned at the Central Virginia Legal Aid Society, where he worked primarily on consumer litigation, and at the Bazelon Center for Mental Health Law, where he mainly worked on that organization's community integration docket. At UVA, he participated in the school's Program in Law and Public Service, received the Elsie Hughes Cabell Endowed Scholarship, served as the Public Interest Law Association's Alternative Spring Break director, and was an executive editor of the Virginia Journal of Social Policy & the Law. He also provided legal support to the school's Living Wage Campaign.

From 2008 to 2010, Thomas was a Project Associate and later legal assistant for the Fair Housing & Fair Lending, Community Development, and Environmental Justice Projects at the Lawyers' Committee. He graduated from the College of William & Mary with a B.A. in English Literature in 2008. While in college, he was heavily involved in student activism around workers' rights and drug policy reform. From 2011 to 2013, he served on the board of directors of Students for Sensible Drug Policy, including a one year term as chair. He is a native of Springfield, Virginia. He is licensed to practice law in New York. 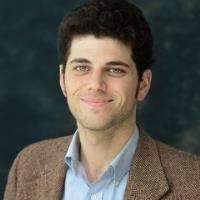