Full Name
Alan Mallach Mallach
Job Title
Senior Fellow
Organization
Center for Community Progress
Speaker Bio
Alan Mallach is a senior fellow at the Center for Community Progress in Washington DC. A city planner, advocate and writer, he is nationally known for his work on housing, economic development, and urban revitalization, and has worked with local governments and community organizations across the country to develop creative policies and strategies to rebuild their cities and neighborhoods. A former director of housing & economic development in Trenton, New Jersey, he currently teaches in the graduate city planning program at Pratt Institute in New York City. He has spoken on housing and urban issues in the United States, Europe, Israel and Japan, and was a visiting scholar at the University of Nevada Las Vegas for the 2010-2011 academic year. His recent books include A Decent Home: Planning, Building and Preserving Affordable Housing and Bringing Buildings Back: From Vacant Properties to Community Assets, which has become a resource for thousands of planners, lawyers, public officials and community leaders dealing with problem property and revitalization issues. He is a member of the College of Fellows of the American Institute of Certified Planners, and holds a B.A. degree from Yale University.
Recent Publications: Who’s Moving to the Cities, Who Isn’t: Comparing American Cities (September 2014), Long-Term Stress and Systemic Failure: Taking Seriously the Fiscal Crisis of America's Older Cities (September 2011) 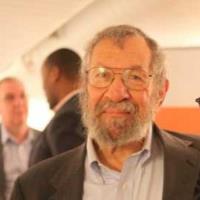