He has represented his professional body, the Royal Institution of Chartered Surveyors (RICS), on the UK Government’s Housing Sounding Board (2007-16), and has been directly involved in the development of policy and practice for the self-organised housing sector, working with government and the community housing sector on the design of self-build and community housing policy. He currently represents the RICS on the national Housing Design Awards judging panel and board of the industry body, the Housing Forum. He teaches professional ethics to mid-career development professionals.

In 2014, he visited the USA and Canada as a Churchill Fellow, studying the co-production by the ‘state’ and citizens of alternative approaches to housing and neighbourhood development through various forms of community developed and owned forms of housing. See his Churchill Fellowship report here - https://www.academia.edu/12082488/Property_Justice_and_Reason_-_Reconnecting_the_Citizen_and_the_State_through_Community_Land_Trusts_and_Land_Reform 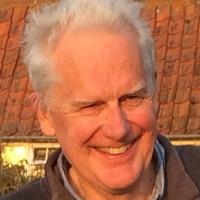