Full Name
Bill Gilchrist Gilchrist
Job Title
Director Of Place-Based Planning
Organization
City of New Orleans
Speaker Bio
William Gilchrist is Director of Place-Based Planning for the City of New Orleans. He was appointed by Mayor Mitch Landrieu in August 2010. Prior, he was Senior Associate at EDAW and Director of the Department of Planning, Engineering, and Permits for Birmingham, AL, where the work of his department was honored by the American Institute of Architects, the American Planning Associates, and the National League of Cities, among other civic and professional groups.

Mr. Gilchrist is a graduate of MIT’s schools of management and architecture, with a master’s degree from each, as well as a degree from Harvard’s Kennedy School of Government. He was among the first Aga Khan traveling fellows, documenting the Swahili architecture of coastal Kenya. Mr. Gilchrist has chaired the committee AIA Committee of Design Assistance that oversaw the AIA Regional/Urban Design Assistance Teams and is a trustee of the Urban Land Institute where he was as well as vice chairman of its executive commit­tee and chairman of ULI in the Community Committee. He now serves as the chair of the Public Private Partnership Blue Flight for ULI and has served on numerous ULI Panel Advisory Services. Mr. Gilchrist served on, including the ULI Advisory Panel on Bringing Back New Orleans in 2005 two months after Hurricane Katrina.

Along with Jonathan Barnett, FAIA, FAICP, he taught the APA course on urban design for AICP continuing education. He is a member of the Congress for the New Urbanism and was on the keynote panel at their annual meeting in Atlanta in 2010. Mr. Gilchrist serves on the departmental visiting committee of the MIT School of Architecture and served for ten years on the Advisory Board to Auburn University’s Center for Architecture and Urban Design. He has consulted in Romania and Ukraine in establishing public processes for urban development.

Mr. Gilchrist has been interviewed on National Public Radio, appeared on PBS’s The News Hour with Jim Lehrer, and speaks often on urbanism, regional planning, citizen participation in the pub­lic realm, and the history of urban settlement. 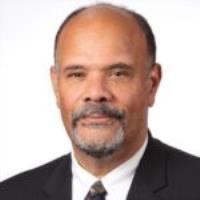