Full Name
Devin Katayama Katayama
Job Title
Reporter
Organization
KQED
Speaker Bio
Devin Katayama is a reporter covering the East Bay for KQED News. He previously reported for WFPL in Louisville and produced for radio stations in Chicago and Portland, Oregon. His work has appeared on NPR’s Morning Edition, All Things Considered, The Takeaway and Here and Now.

Devin earned his MA in Journalism from Columbia College Chicago, where he was a Follett Fellow and the recipient of the 2011 Studs Terkel Community Media Workshop Scholarship for his story on Chicago's homeless youth. He won WBUR's 2014 Daniel Schorr award and a regional RTNDA Edward R. Murrow Award for his documentary "At Risk" that looked at issues facing some of Louisville's students. 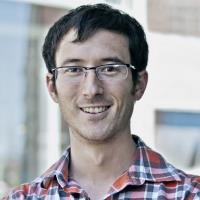