Full Name
Helen Cohen Cohen
Job Title
Producer/Director
Organization
Open Studio Productions
Speaker Bio
Helen S. Cohen is an award-winning filmmaker and working artist based in the San Francisco Bay Area. She brings to documentary filmmaking a long and diverse history of activism and professional work with cultural, educational and community development organizations. She holds a bachelor’s degree from Hampshire College and a master’s degree in urban planning from the Massachusetts Institute of Technology (MIT).

Prior to becoming an independent producer in 2004, Helen was co-director of Women’s Educational Media, now called Groundspark, a nonprofit organization specializing in the production and distribution of social issue documentaries. She is the co-creator of the acclaimed Respect for All Project, a program that produces cutting edge films, curriculum guides and training resources to help prevent prejudice among young people. Helen spearheaded the Project’s outreach and teacher-training program, which has been recognized nationally as a model for using film to affect progressive social change.

Helen’s producing credits include the first three films in the Respect for All series: It’s Elementary: Talking About Gay Issues in School (1996); That’s a Family! (2000); and Let’s Get Real (2003). Helen has also directed, produced and/or executive produced documentaries for public interest organizations, including Homes & Hands: Community Land Trusts in Action, (1998) and Streets of Dreams: Development Without Displacement in Communities of Color (2013).

Through Open Studio Productions, Helen continues to make independent and commissioned films. She is a long-standing member of New Day Films, a national cooperative of independent filmmakers who self-distribute social issue documentaries. Helen also serves on the board of trustees of Hampshire College and was the founder of the Northern California Community Loan Fund, which celebrates its 25th year anniversary in May 2012. 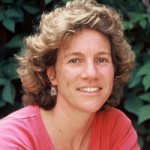